“Battersea is an old friend of the British people,” said former British Prime Minister David Cameron. And now, Battersea is also a friend of CAMERICH, a top furniture brand of China.

Battersea was a reverend power station sitting on the southern bank of the Thames. For over half a century, it provided London with one fifth of its power supply. Having been shut down for many years, the huge complex eventually entered a saddening situation. Thanks to a renovation blueprint, it is embracing fresh vigor…

Consisting of seven phases, the entire renovation project will be completed in 2020. By that time, it will become the largest residential, business, retail, leisure, cultural and entertainment center in downtown London. Shortly after its launch, the residential part, Cicrus West, received long queues of buyers. In fact, 75% of the properties were sold within just one week and almost all in one month, setting a new record in the UK. With modern, minimalist style and unique taste of profound, easy and restrained beauty, CAMERICH won the approval of the project owner and was appointed the furniture provider for the model rooms.

The renovation of Battersea is not only a futuristic project but also marks an integration of historical and cultural elements. As the largest red brick building complex in Europe, it was designed by Giles Gilbert Scott, the designer of the classical red telephone booth and the architect of Liverpool Metropolitan Cathedral. In the UK, it is regarded as one of the landmarks along with Buckingham Palace and Big Ben. In addition, it is also one of the favorite locations of many popular films, including Sherlock, The Dark Knight and the MV series of The Beatles…In fact, Battersea has become an integral part of the British cultural identity, which, in turn, helped drive the renovation project from the very beginning.

Battersea Power Station is a relic in the long river of history as well as a cultural landmark in the heart of British people. Through the renovation project, it will redefine elegance and become a new space of a beautiful life. 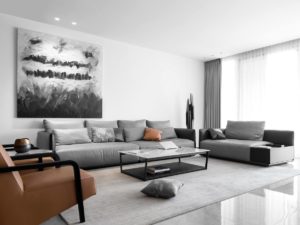 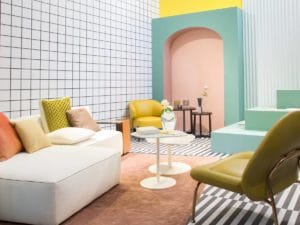